How DIE ZEIT has crossed the German borders to develop itself 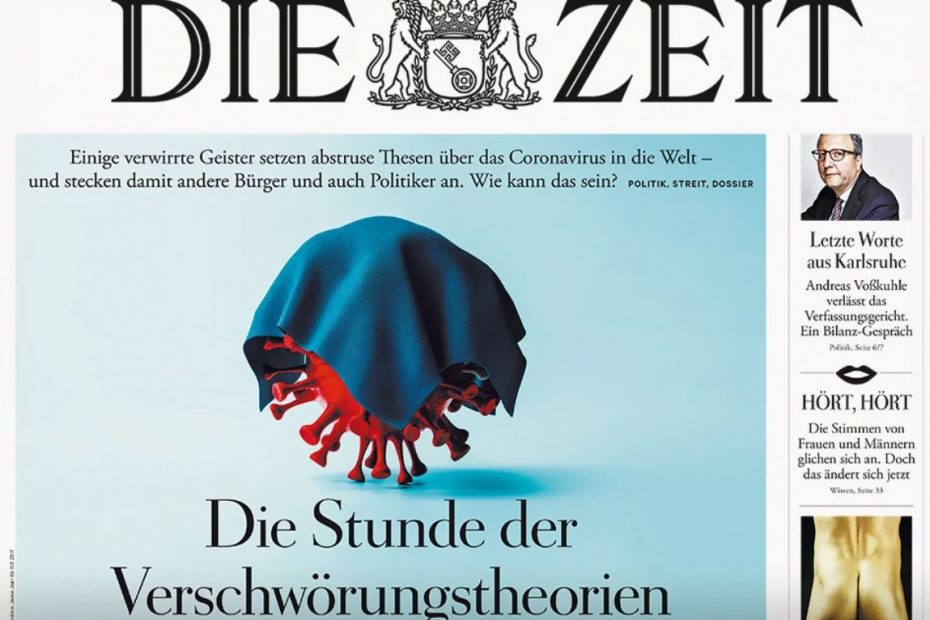 The weekly DIE ZEIT is a solid institution in Germany, a quality paper of reference that has sold which sells almost half a million copies every week (a figure that has remained stable for many years), is read by 2.3 million people per issue and reaches 13% of the country’s decision-makers (figures to which must be added more than 16 million unique visitors to the site each month). This success exists in spite of a high sales price (€5.50) and can undoubtedly be attributed to a high editorial standard, an unparalleled volume and diversity of editorial subjects, and an original development strategy in neighbouring countries.

After a first successful experience in Austria, it was in 2008 that the newspaper set up the newspaper, in 2008 set up an editorial team in Zurich in order to produce 3 pages of Swiss content each week, distributed only in Switzerland (local splits have existed for a long time in the magazine press, such as “Paris Match” or “Elle” in Belgium for example, but at the newspaper level, this is a rather rare and even exceptional diversification for a German title).

DIE ZEIT wanted to report on “Switzerland’s special situation in the midst of a growing Europe”, on how the small country is “facing increasing pressure from outside” by breaking away from traditional clichés (Switzerland was not of interest to the German media with the exception of Davos once a year and the German accidents in the Gotthard tunnel!), the political changes (the rise of the SVP in Switzerland, a party on the right of the political spectrum), the tax dispute between Germany and Switzerland over bank accounts in Switzerland for rich Germans and a common language, German, eventually made the country interesting for DIE ZEIT.

The local developments in Austria and Switzerland for DIE ZEIT are unique in the German press.

It must be said that media consumption in the German-speaking part of Switzerland is very much through German media (e.g. 2/3 of TV consumption is on German channels). As far as the press is concerned, a weekly newspaper such as DIE ZEIT had almost 6,000 copies sold every week in Switzerland in 2008 before reaching more than 9,000 copies in 2019 (+50%) with growth due to the new Swiss section.

The local developments in Austria and Switzerland for DIE ZEIT are unique in the German press, financially profitable (sometimes neutral depending on the year) financially for the publisher and successful in the readers’ markets as advertisers (a Swiss advertiser can buy advertising in the Swiss edition of DIE ZEIT, the same applies in Austria). In addition, this strategy enables the newspaper to cover the famous DACH region, i.e. the three German-speaking countries (= Germany, Austria and Switzerland). Finally, the two countries contribute between 3 and 5% of the newspaper’s total paid circulation (not negligible at a time when print is in decline).

The choice of content handled by the director of the Swiss office, Matthias Daum (who had previously worked for the NZZ) is based on reports, edited by 3 journalists based in Zurich and richly illustrated by photographers working all over the country. Politics, culture and facts of society are treated in length through feature articles.
The local editorial offices in Austria, Switzerland and Germany collaborate to share a common podcast (Servus. Grüezi. Hallo) and a shared paper edition of the entire newspaper (ZEIT ALPEN). For some years now, these local editorial offices have been enriching the digital content of the newspaper, which is also successful in Switzerland, and which is also monetized in a specific way.

Although Switzerland has more than 300,000 German residents (this country is the no. 1 country in terms of expatriates, ahead of France with 135,000 residents in Switzerland) and more than 60,000 cross-border commuters who come to work in Switzerland every day from Germany (compared to 180,000 French people who cross the border every day); it is primarily Swiss people who are the majority of the newspaper’s readers (70% of the readership is Swiss, while around 20% of the readership is made up of Germans residing in Switzerland, the primary target for the launch of the newspaper!)

The monetization of the digital subscriptions of the Swiss edition of DIE ZEIT and the enrichment of local content are major challenges for the German publisher, which maintains a significant lead over its competitors. Moreover, the influence of DIE ZEIT in Switzerland allows the title to exist among Swiss advertisers working internationally, which is not negligible at a time when the latter have to make limited choices to cover the German elite.