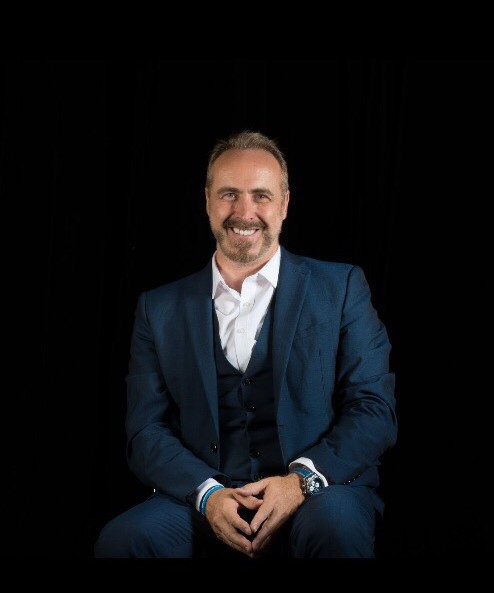 In part 1 Juan Señor looked at the keys to success in subscription strategies. In Part 2 he examines how the newsroom has to be rebuilt to make that happen.

“We try something called mix and match, putting together newsrooms with what we call the Holy Trinity; that’s a journalist, a designer, and a developer together. Put these three people together around the table, and as they approach a story, from their different insights, that’s where the magic really happens.”

Building a newsroom so as to capitalise on new tools and techniques starts with a reevaluation of the basic unit of publishing itself: the article. “You begin to do away with the obsession with the article, or in television, news, the package, and instead you begin to think of what we call articles and particles. Articles will be the body of the story: who, what, where, and why this has happened. Then you’ve got the particles: the video, the graphic, the social media reaction, the timeline, the before and after the comparison, the heat map, the analytical elements of the story. Newsrooms that are focused on gathering all these different particles are the ones that really begin to get product. Because then they say; okay, this bit is good, let’s quickly put it on this platform, let’s quickly disseminate this somewhere else, rather than the old way of working, which is ‘let’s do a perfect newspaper story that we migrate to websites, and just do a link. Even though eventually, when you click on social, you end up with the same old story. So this ‘article and particle’ concept is working really well in newsrooms like the New York Times, the Washington Post, and other leading newspapers.”

Once the approach is established it rapidly becomes two-way as particles may have enough value to then be turned into articles themselves, something that becomes very relevant in news environments where scraps of information are often all we have to work on.

“I’ll give you a perfect example of this in the horrible massacre in Ukraine recently. The visual investigation team at the New York Times that produces the particle has before and after satellite photography showing that yes indeed, those bodies were there while the Russians were occupying Bucha, and therefore they were responsible for that war crime. Not a full-on article when it began, yet it took off and became the focus of the newsroom. One enterprising visual investigative journalist at the New York Times comes up with a little particle and you build from there.”

The ascent of OSINT

OSINT – open source intelligence – has proved a natural, often essential, part of this particle approach.  “The great innovation of this year has been the confluence of OSINT and journalism. The case of Bucha is a good example.  Bellingcat are the pioneers of this; they really have created a new genre of journalism that is very exciting, and incredibly impactful. It means using geolocation, tagging, reverse imagery; a lot of tools that are available through Google and technological platforms on the open web, and then applying them to evidential videos, and whatever you find in social media channels.”

The skill lies in knowing the tools available to cut through the noise and find the  signal. “Every one of those channels obviously has an agenda so as journalists you verify by applying forensic tools. Is this really a Russian tank? Is this really what we’re seeing? How can we verify it? The results are incredible and it goes back to the roots of journalism, which was for us to try to find the truth within the limits of what we had. That’s something that people value tremendously because they know that we do this with rigour and with professionalism, and they value that. So they’re willing to keep on paying for that subscription.”

The article/particle strategy, with its deliberate combination of skills and varied viewpoints, is at its most productive when different talents are brought together.  “We try something called mix and match, putting together newsrooms with what we call the Holy Trinity; that’s a journalist, a designer, and a developer together. Put these three people together around the table, and as they approach a story, from their different insights, that’s where the magic really happens.”

To do that really well has an impact on headcount in the newsroom. “We have a benchmark of one developer for every five journalists. And by developers we mean designers, the UX people and so on. Because when you have that, what happens is that in the newsroom meeting the editor is no longer asking for 400 words about an approaching hurricane –  which is journalism first and platform second. Instead one person pipes up and says ‘we have access to NORAD and through their open API we can let you input your postcode and see if it will hit your home. Someone connects to live satellite imagery, journalists put together a bit of a background on when NORAD got it right, and when they got it wrong. A designer makes sure that that’s really, really good in terms of UX and UI and looks perfect according to brand. That’s when product happens. When you put people together and the magic happens.”

Part of the recipe for making magic is looking beyond traditional newsroom disciplines.

“The way a game developer can contribute to a newsroom is just magical. It’s just crazy. Because they don’t look at storytelling the way we do as journalists. Yet they know a game has to be compelling with different scenes, sequences, and levels and, and a conflict that you need to resolve. So I’m bringing them on board. It’s been fascinating.

While that implies a host of technical skills and awareness, Juan affirms that the underlying skill remains constant. “These new talents must have an interest in journalism. When we select developers for newsrooms, they are people that want to tell stories through digits. You need to make sure that these guys have the imagination and the desire to look at a story, and say ‘there’s a different way we can do this’.”

Which means that for Juan it is not about placing ever-expanding demands on individuals to master new skills and tools but rather in mixing and matching different people, abilities and approaches; always combined with the journalistic sense of investigative narrative.

“A journalist is a storyteller; somebody who asks difficult questions. You can’t expect them to also be developers, to be data journalists. Expertise at this level has to be mixed and matched. And that can be a problem with product people who come in and they tell the newsroom to do this, or this. We prefer a thinking process more like a mini CEO, because they need to be perfectly embedded in the newsroom. And the newsroom has to be perfectly embedded with product. But they really have to understand that they need to supply the newsroom with these kinds of talent and expertise before they can demand that they do anything beyond what they’ve always done previously in text based journalism.”

Juan is also adamant that building the new newsroom is not an incremental process of patching skills gaps here and there. He believes in building from the bottom up.

“The kind of innovation we facilitate in newsrooms is radical innovation. We’re not in the business of remedial consultancies or remedial projects, it has to be starting from scratch so that cross-pollination is structured, focused, and built into the system. It used to be ‘let’s bring in the young because they know social media’ and ‘let’s bring in the evangelists’, but it just doesn’t work that way. You never really end up with a new organisation that is at its heart, a digital organisation. Unless you change radically innovation does not happen. You end up with just a bit of digitising here, a bit of digitising there, and you never break through.”