Home » Blog » Like Talking To A Wall [Forum NWE] 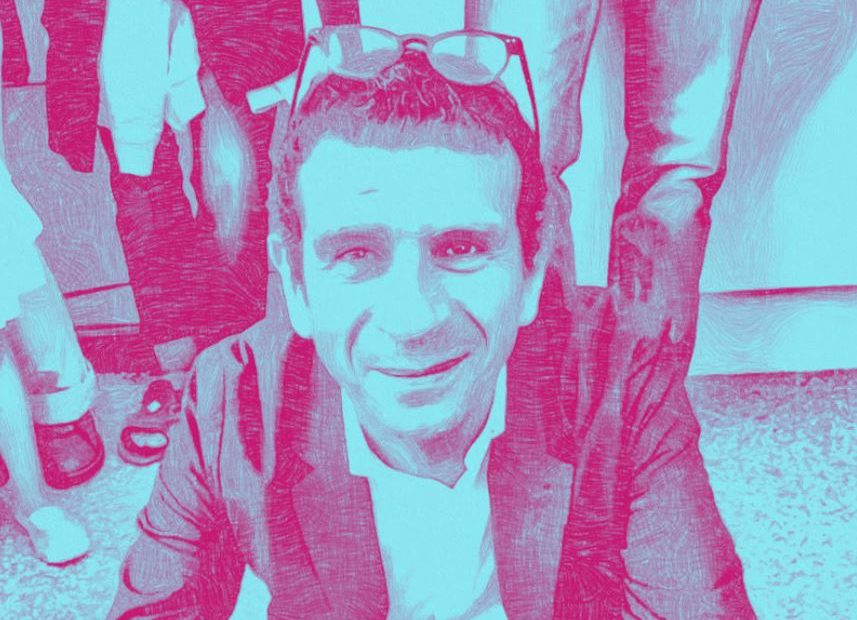 Why have the actors of the digital revolution and those of information become competitors, when one could rightly think that they were made to get along?

New World Encounters is opening this Forum to various voices in our industry and invites media professionals everywhere to share their experiences and views on issues of common concern. Please send your insights and contributions to David (dot) Sallinen at upgramedia (dot) fr

We are kicking off this initiative with a column on the difficulties that arise when misunderstandings and a lack of common language separate media and tech, by Eric Mettout, an independent French journalist and former Deputy Managing Editor for L’Express in charge of digital. Please read here his brilliant piece on “Dialogues de sourds”.

I remember that between journalists and developers of the newspaper L’Express website, which I had the honor of being the editor-in-chief for years, there was a strong tension for a long time. The former were angry at the latter for not enough listening to them; the latter blamed the former for not wanting to know anything about their profession and its rules. Joint meetings sometimes came close to a row. It took a little patience and a good dose of empathy before we understood the reasons for this antagonism and were able to remedy it: we simply did not speak the same language – that of the journalists, mine, made up of approximations and arrogance, being not the least complex to decipher. In order to clear up misunderstandings, we drew inspiration from diplomats, who, in order to get along, use interpreters, who are responsible for translating words as well as cultures and practices. So we hired an interpreter, a bilingual, hard-boiled rugby third row, who was able to withstand both physical and moral pressure from both sides. With him, everyone made concessions, one step towards the other. We didn’t regret it. LEXPRESS.fr started to blaze, he didn’t have nothing to do with it.

“I hadn’t encountered such a semantic dispute since… the stormy explanations with our R&D department.”

Between the media and the tech giants, the misunderstanding has much more dramatic consequences. For the media themselves, of course, but above all for democracy, of which, whatever the populists and degagists say, they are one of the pillars. No one can ignore the fact that the written press, in particular, is caught in a deleterious spiral, perhaps inescapable, despite some luminous successes, such as the New York Times in the United States or the pure player Médiapart in France. The Internet and its champions are largely responsible for this – but not only them, do they single-voicely protest, search engines, hosting platforms and social networks combined. Assuming, and this remains to be proven, that these objections are always justified, if not sincere, this is not the point anyway. Or if it is, it makes the real question even more compelling: why have the actors of the digital revolution and those of information become competitors, when one could rightly think that they were made to get along?

As an attempt to answer this question, allow me a second flashback. Following a series of blog posts in which I was indignant about Facebook’s hypocrisies and the way the network was exploiting our production without paying us back, one day in 2016, I was invited by three of its French representatives, to, if I remember well, clear the air, which was already quite rotten at the time. The discussion was lively, bitter, each had strong views and apparently very different point of views. I talked about remuneration, they talked about “subsidies” – which of course they didn’t understand what could have motivated those, Facebook not being a public bank but a private, for-profit company. I left this meeting mortified. I hadn’t encountered such a semantic dispute since… the stormy explanations with our R&D department.

There too, we didn’t speak the same language. There too, an interpreter would probably have been needed.

Has the situation changed since then? More or less willingly, Facebook and Google have devoted a tiny, not to say infinitesimal, part of their astronomical profits to paying the media for the content that feeds their news – profits that come mainly from advertising, which these same media have been brutally deprived of by Google and Facebook, we must remember. Their image tarnished by the role they have played and still play in the multiplication of fake news and the deterioration of community life, pushed by politicians and public opinion, social networks have taken small steps: this one by funding teams of auditors from editorial offices; this one by certifying journalists’ accounts; this one by asking them to evaluate their pages and contributors; this one by encouraging them to test the latest trendy tools, from Twitch to Snapchat or Tik Tok, in exchange for a derisory share of the advertising pie they generate. Nothing convincing, nothing consistent, nothing sustainable. Nothing that can, in any case, contribute to get our industry out of the serious crisis it is going through.

The proof? When governments finally take responsibility, compelling platforms, through law, to substantially pay, so-called platforms trade their velvet gloves for a steel white-hot hand – finally showing their true colours. In 2014, Google boycotted the Spanish media after Madrid, which eventually gave in, wanted to force the search engine to compensate the articles it appropriated; for the same reasons, Facebook just recently threatened to stop serving Australia if Cambera did not reverse its decision to impose a content-added tax on them and Google. Everything was finally settled, through a mutual agreement with the publishers, but it is safe to predict that the skirmish will have consequences, there or elsewhere.

However, disenchantment is not inevitable. By investing in the Washington Post without having meddled, until now, in its editorial line, Jeff Bezos not only has saved the newspaper from a predicted disaster, but he has also had it benefit from Amazon’s know-how in distribution, with the success we know. By appointing Ludovic Blecher, former director of new media at Libération, to head its European fund for media innovation, Google has secured the services of a competent interpreter who is at ease in both languages. And if in Moutain View or Menlo Park, some people are starting to think that artificial intelligence could replace those annoying journalists, others, at Columbia University or in Flint small offices, in Paris, want to put their robots at the service of the editorial offices, not replace them.

Unfortunately, these timid brightenings do not herald spring. To contain the hegemonic ambitions of Gafam and push them to negotiate, more is needed. We need to rise to their level, engage in an arm wrestling match and mobilize all the political and legal resources available at the level of the States and Europe to win – and we are not there yet. The media should start confronting them with a strong united front. The French press proved once again at the beginning of the year that it was incapable of doing so, as the general newspapers signed a solo agreement with Google, to the great displeasure of the specialized newspapers, magazines, audiovisual media, independents and the French Competition Authority, which did not hesitate a few days ago to make it known that it was very unhappy with these “extremely serious” facts. Its advisors are now threatening Google with a record fine of 16 billion dollars. In doing so, they are using the only universal language that the titans of Silicon Valley are able to understand without translation: money.