Home » Blog » Germany will also help the press, with some criticism

Germany will also help the press, with some criticism 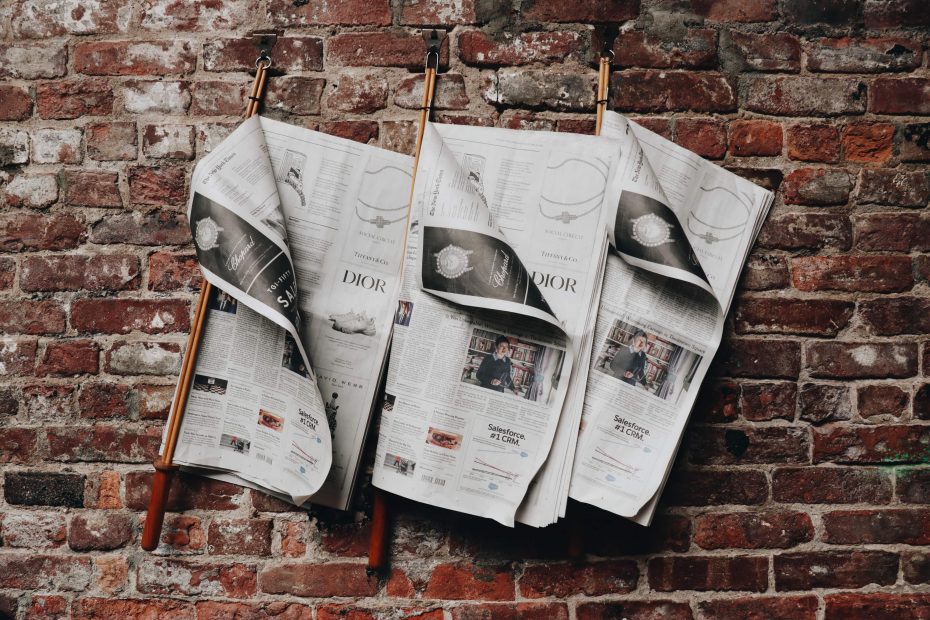 In France, the State is preparing to give more than 1.2 billion euros in aid to the press for two years (the most massive state support in Europe) while in Germany, no one seemed really enthusiastic about the German State funding of the press.

In Germany, no one seemed really enthusiastic about the German State funding the digital transformation of the press to the tune of 220 million euros over the next few years. If the terms and conditions have not yet been set between the Ministry of Economic Affairs and the publishers, the first echoes from the publishers’ side are reserved on this “boost”.

All this is “opaque”,  “extremely dangerous”and it is the  end of a  “tabou”, journalists wrote after the Bundestag decided in its second additional package in early July to support German news publishers with public funds.

This reluctance is not surprising – even though the industry has been complaining for years about declining circulation and the collapse of advertising revenues. Indeed, publishers fear losing their journalistic credibility  with  the public because this is the first time in the history of the Federal Republic of Germany that a government will inject money into private media companies.

In Germany, there is a strict separation between the press and the State, and this border should not be negotiable in the eyes of the public. As a result, can private publishers accept money from the State without automatically compromising their independence? This is what  Mathias Dupfner, president of the Publishers Association, thinks: “It is better for our newspapers to go bankrupt than to lose their independence  through  subsidies”. Even the AfD political party,  which is rather hostile to the press, suddenly expressed concern about the issue of press independence.

So what’s the problem? One thing is clear: it would be naïve to assume that politics has absolutely no interest in influencing the media in their favour. In Germany, the case of the former editor-in-chief of the ZDF, Nikolaus Brender, for example, has sparked a national debate about the drift of the political orientation of the German public service (the equivalent of France TV or the SSR in Switzerland). So much so that the ZDF has not renewed Brender’s contract at the time (the board of directors was predominantly CDU, the opposing political force).

In the Austrian neighbour, the situation is quite different. There, newspaper publishers – including popular tabloids  – benefit from government and government-related advertising. The State proudly donates 178 million  euros to the media. The  « “KronenZeitung”»  alone received about 20 million  euros in 2018 and thanked the “Kurz”» government with  a rather nice coverage of the Austrian Chancellor’s news.

The majority of Germans consider, for example, that the ethical rules for the allocation of subsidies will not be transparent and that this will necessarily undermine journalistic independence.

Returning to Germany, public studies provide a better understanding of the reserves on  public subsidies. The majority of  Germans consider,  for example, that the ethical rules for the allocation of subsidies will not be transparent and that this will necessarily undermine journalistic independence.

Media researchers like to refer to Scandinavia on the subject. There have been public and intensive funding programmes for years and at the same time Sweden, Norway and Denmark are still at the top of the press freedom rankings.

Manuel Puppis, a media professor in Freiburg, Switzerland, says: “Ideally, independent bodies decide on applications based on transparent criteria.” For example, the number of journalists employed permanently, the report editorial content / advertising or the number of texts created by the editorial…

In many European countries, very different forms of all these variants have become millions-worth-granted. From the point of view of many neighbours, it is difficult to understand why this is perceived as taboo in Germany. “It’s amazing how negatively Germans talk about direct funding,” says Puppis.  It refers to the already existing VAT reduction for press products in Germany – it is a form of indirect but financially strong subsidy.

Finally, what is the purpose of public funding of the press? Research is still lagging behind in this regard – there is virtually no comprehensive empirical work. Manuel Puppis recently compared several European funding systems for a study commissioned by the Swiss government. “You have to see it in a pragmatic way,” says the media specialist. “This will not stop the media crisis. But this has helped for quite a long time to maintain a certain diversity, especially in small markets. Now, this only contributes to the survival of those who are still there. »

Personally, I am trying to understand the reluctance of German publishers to deal with public money and I wonder if, in the end, it is not the acceleration on their digital transformation, that would be imposed by the German State, that holds back publishers. Indeed, most of them still have two or three years of work before digital takes over on paper while it is on the print that they still earn their lives well.

Aid to the press in France : https://www.lefigaro.fr/medias/la-presse-recevra-des-aides-supplementaires-de-483-millions-sur-2-ans-20200827

Study on the place of the paper press among Germans (may 2020): https://www.bdzv.de/fileadmin/bdzv_hauptseite/aktuell/pressemitteilungen/2020/Assets/SCHICKLER_Standortanalyse_Zeitungszustellung_-_Zusammenfassende_Begleitpr%C3%A4sentation.pdf